Repeat After Me: Introversion is Not a Communicable Disease 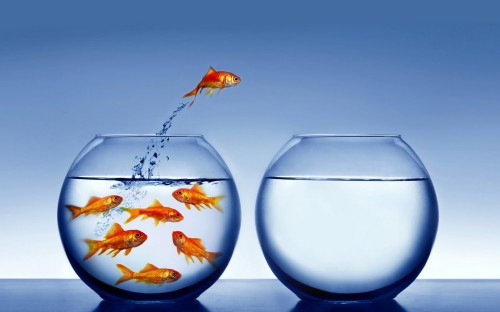 What do you see: An introvert seeking solitude, or an extrovert escaping the quiet “cooties ” of introverts?

Imagine a world without the contributions of Emma Watson, J.K.Rowling, Audrey Hepburn, Rosa Parks, Meryl Streep, Bill Gates, Albert Einstein and Mahatma Gandhi, to name but a few introverts. Imagine, too, if the recently deceased Maryam Mirzhakani had been urged to emulate the American extroverted ideal by being an outgoing team player. Would she have become the first woman to receive the prestigious Fields Medal in mathematics? Her groundbreaking work might not have come to fruition if she hadn’t spent many uninterrupted hours, by herself, deep in thought, tackling hard problems over long years. I can’t help but wonder what the world has been deprived of because the people who could have contributed something unique succumbed to pressure to be somebody they weren’t.

We live in a paradoxical if not hypocritical society. On the one hand, we applaud if not worship celebrities, talent and rarified achievements. On the other, many assume such talent develops in the talkative and noise-filled petri dish of extrovert-oriented environments and work cultures. According to statistics, a whopping 30%-50% of the population identifies as introverted, yet the culture still treats this large segment of society as “other”, if not defective, for not always behaving as if they are starring in a beer commercial, smiling and being “social”, whatever that means. Women, especially, are encouraged if not exhorted to smile, even if they are concentrating on a work task, a tendency spotlighted in this trenchant and hilarious video. The outgoing Financial Times columnist Lucy Kellaway, whose sardonic brilliance I’ve admired for years, even wrote about how the media’s images of women at work don’t reflect the reality of actual women working, whether extroverted or not. Self-described introvert blogger Michaela Chung writes about the phenomenon of “resting bitch face”, where introverts who are lost in thought, focused on solving a problem or going on a pleasurable internal journey are often mistaken for being angry, sad or upset.

I love smiling and laughter, especially when they arise genuinely and spontaneously. I’m aware when someone is literally doing lip service to smiles and moving only their mouths, not their eyes or the rest of their face. A manufactured expression evokes a mask or even a subtle snarl and makes me feel more uneasy than if their whole being had been expressing a unified message, including sadness or anger. At least I’d know it was real. When I paste a smile on my face to please or proactively placate others, it’s as if I am inhabiting another persona or I’m out of integrity. Which is another reason why deciding to join a group activity can be so fraught. If introversion were better understood and accepted, perhaps I’d feel more comfortable lingering in social settings with a neutral, rather than a smiling, face. Even if I am quietly appreciating the conversation or activity, or processing it on a deeper level, the need to appear as if I am enjoying myself can drain energy. While Shakespeare (probably an introvert) famously wrote, “All the world’s a stage”, some of us would rather not be in the spotlight or feel as if we have to perform, unless we choose to or have a good reason. Many times I’ve decided not to attend a gathering because of the fear that my facial expression would be misunderstood, my quietness mistaken for lack of interest, or my decision to leave early misinterpreted. I don’t have the excuse of needing to pick up a child or meet a partner to justify making an exit, as if the only socially acceptable reason to leave one group of people is to be with….other people.

Why write about introversion again, and so soon?

A reader of my blog, a kind person whose professional life is dedicated to helping others, thanked me for my last post in a public comment. She said it helped her place herself in another person’s experience. That made me feel as if my efforts had been worthwhile. As an aside, she mentioned she thinks she is “slightly tainted with” introversion. I winced at the word choice. Food, water and air can be tainted by toxins and pollutants. One’s authority and reputation can be tainted by corruption and conflicts of interest. Had she internalized the stigma associated with introversion, which is essentially a need to recharge in solitude and a preference for deep rather than superficial conversation? If so, that would be a shame. It’s no wonder that introverts might choose to stay home or go on solo adventures if the prevailing belief is that their presence will infect a gathering, as if they are carriers of a socially transmitted disease. Rest assured, shaking hands with or even accidentally drinking from an introvert’s beverage will not, like a spell in a fairy tale, turn you into a “wallflower” or any other kind of vegetation! Who wants to be considered unwanted by virtue of their thoughtful and quiet nature, or because they can’t easily tolerate loud, overly stimulating environments? I certainly don’t. And I suspect my gentle reader doesn’t wish to be considered undesirable, either, for those “slight taints”, whatever they might be.

Five years ago, when Susan Cain published Quiet: The Power of Introverts in a World That Can’t Stop Talking, I exhaled a sigh of relief. I hoped her groundbreaking book and viral TED talk would, miraculously, shift the culture. While it did start a much needed and long overdue conversation, and probably helped launch the careers of introvert coaches and bloggers, mainstream attitudes, behaviors and the design of workplaces are slow to change. To accelerate the acceptance of all personality types and styles of interaction, here is what I suggest. If you are an introvert, mention it to people. You don’t have to wear a bright, blinking “I’m an Introvert” button or shout it through a megaphone, but you can slip it into the conversation or Facebook updates. Don’t pretend you are someone you’re not or wish that you were someone else. Faking extroversion perpetuates the cultural imbalance and continues to stack the deck against quieter types. Without angst or defensiveness, clearly articulate your preferences for socializing. Tell prospective friends or dates that you’d rather meet, for example, in a tea house than a bustling bar, or grab dinner early before the crowds come. Accept invitations to parties and politely excuse yourself when you want to, rather than skipping them altogether or feeling guilty for leaving early.

If you are an extrovert, I have just one request: if someone at a gathering or meeting is not talking much, if at all, please don’t say anything along the lines of, “You’re so quiet.” It’s like shining a flashlight into someone’s eyes, not to mention foolish to state the obvious. Instead, ask an open ended question or otherwise gently invite the person into the conversation. Then, give them space and time to formulate and share their thoughts. You might be surprised by what they have to say, assuming they feel like talking.

If you enjoyed this article and would like to support my writing, please consider donating.

Writer, Feldenkrais champion, Aikidoka and explorer of internal and external landscapes.
View all posts by ilona fried »
« Punctuality is About Energy, Too, Not Just Time
Of Moshe Feldenkrais and Mary Oliver »