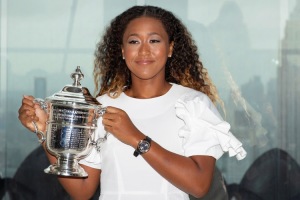 Tennis was never my thing. A creepy camp teacher who was more interested in copping a feel than showing me how to serve turned me off the sport. While I do not follow tennis, I do follow controversies to help me put my finger on the pulse of the moment. It was hard to avoid reading about the strange turn of events at the US Open, where the victory of Naomi Osaka over Serena Williams became overshadowed by an umpire’s calls (by-the-book to some, controversial to others).

As I watched footage of the episode, I saw Serena Williams, a woman whose net worth is estimated at $180 million, smash her tennis racket. I also heard her claim to the umpire, who penalized her because her coach was gesturing from the sidelines (not allowed), that as a mother she would not cheat in the game. But as a mother she would wreck an expensive piece of equipment? That men behave in the same idiotic and entitled manner doesn’t excuse it. That her fans refer to her as a “Queen” perhaps got to her head. She yelled at the umpire, “You are a liar. You will never be on a court of mine as long as you live.” Is it really her court, as if she is royalty? Does she have the power to banish people from it? While I do not doubt that she’s encountered plenty of racism and sexism over the course of her life and career, had winning 23 Grand Slams not tempered her rage or given her some perspective? She had made it to the top of her profession and defended her title for a long time. That is inspiring yet apparently it was not enough. It’s a shame she could not let go with the grace of true royalty.

As I learned, Naomi Osaka had already beaten Serena at another tournament earlier this year. After that match, Naomi bowed her head slightly as she shook Serena’s hand as a sign of respect for her role model. Ms. Osaka even apologized after winning the US Open, knowing that almost the entire stadium had been counting on a different outcome, as if it had been pre-ordained. The thrill and joy of Naomi’s victory should not have been taken away by booing crowds, but her humility is something that is in very short supply in this loudmouths-take-all world. Despite Ms. Osaka’s victory, most headlines and articles focused on the defeat of larger than life Serena, ignoring her very worthy yet lower profile opponent.

While being interviewed on the Ellen show, Naomi said that after the match she had been reviewing what she might say in her speech because “she’s not very good at talking”. She also demurred Ellen’s attempts to facilitate a meeting with Naomi’s celebrity crush, whom Naomi did not even mention by name, just by role. It’s as if she did not care for such a celebrity perk as part of her victory spoils. I do not know if Ms. Osaka self-defines as an introvert or not, but it was refreshing to see a young woman who is self-contained, private and seemingly modest, traits that are not often celebrated in this culture and are not usually associated with athletic champions, prone to displays of excess and ego. Ms. DeGeneres asked Naomi about her $3.8 million prize money: “Don’t you want to buy yourself something?”, in a tone that suggested that shopping or high profile consumption was a given. The American-ness of the question felt cringeworthy. Ms. Osaka said she would rather buy something for her parents.

As Ms. Osaka’s fame and fortune grow (she is expected to sign a $10 million Adidas deal), I hope the attention and money do not change or corrupt her and that she is not forced to become someone she isn’t for the sake of sponsors. I hope that her more reserved demeanor and temperament will inspire others, both young and old, female and male, to emulate her. Perhaps Ms. Osaka can model that there are less extreme ways of being seen and creating a difference in the world, that it’s possible to succeed and make progress by dialing it down rather than by having a meltdown.

Writer, Feldenkrais champion, Aikidoka and explorer of internal and external landscapes.
View all posts by ilona fried »
« How a Fungus Helped Me “Functionally Integrate” Myself
Will America Ever Stop Celebrating Booze? »