Confessions of a “Soccer Aunt” 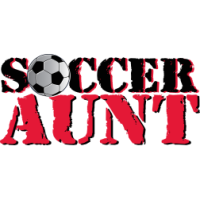 When I learned that one of my nieces had three soccer games in the space of a few days, I thought I’d go to one since I’m temporarily in the area. Just one game. Just to see her play. A little. Maybe I wouldn’t stay for the whole thing. I’ve never been drawn to watching team sports, nor was it part of my family culture, so choosing to show up felt like venturing into both unfamiliar territory and uncomfortable emotional terrain. That she is seriously pursuing a sport at all excavated an old regret of mine, that I had chosen to follow my brother’s footsteps and join my high school debate team rather than try out for volleyball, one of few activities I had enjoyed at my Jewish summer camp. It’s possible I wouldn’t have made the team, but I wished I had honored my impulse and made the attempt, rather than overriding it for the sake of an idea of what I was “supposed” to do. To watch my niece play might force me to confront unpleasant shades of envy, loss and sadness at that missed opportunity. Did I really want to go there?

My niece attends Maimonides, a Jewish day school, and her team competes with other private religious schools in, shall we say, a divine soccer league. That first game took place on the rolling, lush grounds of Mt. Alvernia High School in Newton, MA. As I pulled through a gate into the school’s long driveway I noticed the game underway, down a hill to the right. While walking across the grass I spotted my mother standing near a corner of the field. We sat on the ground behind one of the goal boxes and, as it turned out, near parents of Alvernia students. While these “soccer moms and dads” shouted specific plays and directives to their children, or groaned in disappointment at missed opportunities, I tried to maintain a Buddhist neutrality. Could I use my Feldenkrais training to observe the players’ movements, focus on the process of the game and appreciate the team and skill building without getting hung up on the score? With no soccer experience of my own, I couldn’t critique the action on the field. Nor did I want to emulate, or compete against, the parents sitting nearby and become a rabid “soccer aunt”. Nope. That day, the game ended in a tie, 2-2, allowing me to maintain equanimity and reinforce that it’s how a game is played, not the score, that really matters.

The next day I drove to another game with my nephew, the soccer player’s older brother, who was visiting from college. The opposing team at Ursuline Academy consisted of much taller girls bedecked with pink hair ribbons and possessing killer soccer skills. Early in the game, my niece scored the first goal for her team, and her first goal ever. Exhilaration and pride shot through me and I could barely contain myself. I photographed the scoreboard and texted it to my mother. F*ck neutrality. I wanted them to win! I wanted her to score again! My niece’s goal, alas, didn’t stave off the crushing onslaught, although she delivered a powerful (direct free*) kick at one point, sending the ball close to the opposing goal. The home team scored again and again, and again, turning my nephew into a “soccer brother”, albeit a relatively restrained one. While he muttered commentary about what our team should be doing, I growled under my breath each time the other team commandeered the ball or our team lost it.

While our grumblings were more good natured than angst ridden, I had to laugh that I’d morphed into a “soccer aunt” within 24 hours, transformed by the adrenaline thrill of watching my niece score. A week later, I attended another of her games, against Pope John XXIII High School, to support her groundbreaking activity and, in turn, be inspired by her example once again. While I’m not sure I’ll ever play on a sports team, I could at least emulate her fearlessness on the field. Just as she’s not intimidated by the referee’s whistle, I could write what I want to, and need to, even if it makes others cry foul or I’m bruised in the process (there are a few essays I’ve been kicking around my head for a long time, afraid to put on paper). That day, I arrived about 30 minutes after the game began and noticed just one other spectator. She was roughly my age, the mother of a Pope John player, dressed in pumps, a knee length skirt and a sweater, her lips pursed. There was no place to sit, so I stood next to her on the edge of the muddy field. I tried to make small talk. Perhaps because her daughter’s team was losing, and I represented the other side, she engaged reluctantly. When my niece scored, I shouted her name as loud as I could and waved my arms so she’d see me. The soccer mom moved away. Eh. I didn’t care.

*I had to look that up