Of Feldenkrais and Furniture 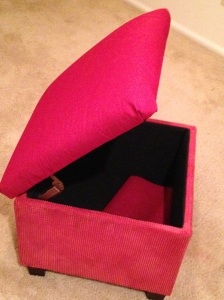 Feldenkrais and a la carte furniture

“Each of us has our own mental furniture” – Dennis Leri, Feldenkrais Trainer

After returning to Boulder from my second segment of Feldenkrais Training, an impulse arose to host a gathering of fellow “Feldies”. Having moved into a new and relatively spacious apartment just before my training resumed, and having progressively winnowed my possessions in the preceding years, I had minimal furniture. I visited a few regular retailers and some thrift shops. In the former, all I could see were the high price tags; in the latter, clutter, shabbiness and neglect. I next looked online. After spending a horrifying number of hours toggling between Overstock, Amazon and other sites, poring over product descriptions and reviews that glazed my eyes and paralyzed my mind, I realized I needed to change my approach. Perhaps it would be more fruitful to think of getting furniture as an iterative process, much like a Feldenkrais Awareness Through Movement lesson, rather than something I’d accomplish in one shot, via my laptop, with a few mouse clicks.

A few days later I made a second pass through Goodwill, this time looking at the selection through the eyes of possibility rather than perfection. I spotted a mildly scuffed but otherwise sturdy hexagonal wood end table for $8.99. If placed in a corner, snug up against my chaise longue, it would be unobtrusive and offer a surface for a lamp. I claimed it. Next I saw a small red storage ottoman, its seat stained, price tag missing. I asked a clerk how much it was: five dollars. For that amount, I figured it was worth attempting to clean. At home, I swabbed the lid with a stain remover, which only made it look worse.

“I’ll just reupholster it,” came a thought, which startled me because I’ve never reupholstered anything.

Also surprising was that the thought arose as a fait accomplit, not something up for discussion. Before I began Feldenkrais, my mind would have resisted or argued that such a project would take too much time, be too difficult, or not be worth it, parasitic thoughts that interfere with or impede action. Instead, I marveled at how uncomplicated and seamless it felt as I went online, watched a YouTube instructional video for upholstering cushions, downloaded a coupon for JoAnn’s Fabrics, unscrewed the lid of the ottoman and took it to the store. During this process, I made a point of staying in the flow of simplicity, rather than getting caught in habitual perfectionist eddies: did I have to run around to find fabric that matched exactly, in color or texture? No. What a relief. I chose a coordinating fabric that was close enough, good enough.

In Feldenkrais lessons, we practice inhaling and exhaling easily while moving. For many of us, we hold or constrict the breath when beginning an action or trying something new, as if tensing will lead to a “better” outcome. It’s such an automatic reflex for many people that we are often unaware it’s happening, let alone consider how counterproductive it is to, essentially, separate ourselves from the flow of life when confronted with a novel situation. Back home, I reminded myself that my task was low stakes and made sure my breathing was relaxed before I began to remove the filthy cover. Although I was “supposed to” extract the original staples, per the YouTube video, I lacked a tool and the patience to rip out dozens of tiny metal fasteners, especially as it didn’t seem critical. I sensed a familiar desire to remove them for the sake of “doing it right”, but I chose to let them stay so I could attend to my internal experience of lightness and ease. That seemed more important than following instructions. After attaching the new fabric, I refastened the lid to the ottoman with a DeWalt drill, which I discovered responds better when used in the Feldenkrais way: starting slowly and gradually increasing the speed. Finally, I surveyed my work. For a first attempt at upholstering, it wasn’t bad. For $13, I now had a cheerful storage seat that matched my decor.

Buoyed by that experience, and having reset myself to possibility, I adventured to a few other thrift shops and scanned them with the eyes of a curious but not desperate hunter. Over a few trips, I found an end table, a coffee table and a small teal ottoman, new with tags, that coordinated with one of my rugs. Somehow the process of filling out my living room seemed effortless, as if a Salvation Army truck had removed much of my perfectionist mental furniture, relieving me of navigating the beliefs that I had to get it “right” or find unique items I’d keep for life. Since everything can always be improved and tweaked, I’m sure there will come a time when I’ll part with my thrift store finds via Craigslist and welcome other chairs and tables into my life. Perhaps, by then, my mental furniture will be different, too.

3 thoughts on “Of Feldenkrais and Furniture”