Feldenkrais: The Wine Tasting of Movement 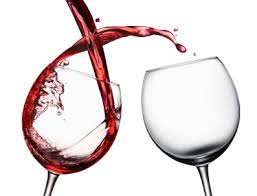 Wine tasting and Feldenkrais are about discernment.

Imagine attending a wine tasting where the pourer fills a large goblet and, instead of handing it you, splashes the contents in your face. Some of the liquid might reach your lips and tongue, but likely you are so shocked by the dousing that you’re gasping for breath rather than inhaling the bouquet. In lieu of finding the precise phrase to describe the wine’s complex notes, you let fly a few curse words. Spluttering, you look for a towel to wipe up the mess rather than a pencil and paper to jot down the highlights.

Come to think of it, that’s how many people exercise: they take on too much too quickly, gasp for air, perhaps grunt expletives as they lift weights or tackle a hill and, afterwards, mop up the sweat with a towel or shirt. In American culture, that’s considered normal, and the more gasping, grunting and perspiring the better, especially if it yields a post-exercise high, a healthy variant of inebriation.

In a typical wine tasting, there is no expectation of drinking large quantities or doing so quickly. It’s hard to notice subtle differences if a person drinks enough to lose sensitivity in their tastebuds or become tipsy, let alone sloshed. Connoisseurs often spit out the wine after swishing it in their mouths lest swallowing it interfere with their ability to smell, taste and sense the next vintage. Usually there is some bread or a cracker available to help cleanse the palate so flavors don’t get muddied.

Many tastings are structured around a theme and focus on a handful of wines, such as a few whites and reds from the same region, or all reds or all whites from neighboring areas or various countries. However it is designed, the point of a tasting is to make it possible for the samplers to notice similarities and differences amongst the selections. Having too many choices, or assembling random wines without some curatorial intent, makes it harder for most people to focus their attention and learn or retain anything.

Feldenkrais Awareness Through Movement lessons are more akin to wine tastings than trips to the gym. Many lessons are structured around a particular area of the body, or the relationship between two areas, to focus attention. Often, movements are repeated on both the right and left sides, to facilitate noticing differences between the two. Sometimes, a lesson is restricted to one side, to highlight its effect after it is over. Movements are often small and slow, sips rather than gulps, to help a person sense distinctions and allow the nervous system to register that information. We pause or rest frequently, the equivalent of cleansing the palate. Moving too quickly or too much, or overriding the breath, is like being splashed in the face, making it difficult for the nervous system to perceive nuances.

A novice wine taster probably won’t notice as much as an experienced sommelier or be able put their experience into words as easily. After attending more tastings, reading about wine and asking questions, they will likely learn to make finer and finer distinctions, perhaps eventually being able to identify a wine’s terroir. Ditto for Feldenkrais: a person might not be able to sense themselves very much initially but, over time, through practice, and discussion, can cultivate the kind of attention that will allow them to both feel more and notice further subtleties, perhaps eventually helping them to pinpoint the “terroir” of a chronic injury or tight spot.

In Feldenkrais, we become connoisseurs of movement, our own and that of others. We learn to treat ourselves as we would a rare vintage: with care and respect so that, like a fine wine, we get better with age.

Writer, Feldenkrais champion, Aikidoka and explorer of internal and external landscapes.
View all posts by ilona fried »
« Dear New Yorker: Your Gluten Article is Hard to Swallow
“Should” is a Dirty Word »

23 thoughts on “Feldenkrais: The Wine Tasting of Movement”