Feld-Zen-Krais: Doing and Not Doing 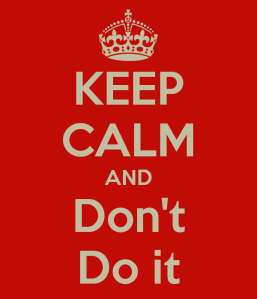 Feldenkrais in a nutshell.

Feldenkrais Trainer Aliza Stewart repeated this phrase, mantra like, as she directed us in a movement last week. Presiding at the front of the room, she reminded me of my compassionate and patient Zen teacher but with a compelling Israeli accent, a regal bearing and stylish red sandals. Perhaps I needed to hear “Do it, and don’t it” from Ms. Stewart, too, whose family background and taste in footwear are similar to mine, to finally (maybe?!) absorb the message to focus on the process while not being attached to results.

This particular lesson involved rolling from one side to another, ending up on hands and knees, but doing so elegantly and reversibly, without the torso or limbs thumping as they shifted from left to right. Could we first imagine doing the movement, and do as much as we could as a whole self, rather than forcing the result and compromising the quality of the movement? Most people, unless impaired or injured, can roll from side to side. It might not look or feel beautiful, however, if the act is not well-organized or coordinated and some limbs lag others.

While the rolling lesson did not challenge me physically as much as others, I still noticed my tendency to want to proceed as quickly as possible to the end result, to go all out and be able to say (even if just to myself) that “I did it” and move on to the next thing. The point of the exercise was to first focus on the quality of our experience, not the range or speed. And it’s hard to feel the quality of anything when moving too quickly. Hence Moshe Feldenkrais’ exhortation, at the beginning of How to Learn: A Manual, to do everything very slowly. In this same manual he wrote: “Fast action at the beginning of learning is synonymous with strain and confusion which, together, make learning an unpleasant exertion.” In other words, keep calm and maybe don’t do it…at first. Still, slowing down when one is capable of greater speed can be excruciating or frustrating. Yet, going all out to achieve a goal while inhibiting the breath even slightly or otherwise sacrificing quality of life can leave a person empty or dissatisfied, since they haven’t actually been present along the way.  Quoting Ambrose Bierce, Ms. Stewart reminded us that “Achievement is the death of endeavor and the birth of disgust.”

To navigate between the desire, if not the need, to accomplish something in particular while savoring the steps along the way is a lifetime practice. “Do it, and don’t do it” doesn’t just apply to rolling from side to side. How does one make art without “making art” in a way that sacrifices intrinsic reward for marketable results? How does one enjoy emotional and physical intimacy over the long term without boxing it in with spontaneity-killing expectations (yours or society’s)? How does one write a book without “writing a book”? Each person has to figure this out for themselves.

Even though I enjoy having written posts for this blog for more than two years, as I compose this post I’m noticing that I’m holding my breath a bit, there is a slight tightness in my chest, and my lips are pressed together. The sensations are not what I would call “pleasant”. If I were in a Feldenkrais class now, I’d be told to relax my breathing and, as Ms. Stewart has said to us, “Move the right corner of your mouth towards your right cheek, and then move the left corner of your mouth towards your left cheek.”  That’s Feldenspeak for “smile”, as in, why were we being so damn grim about rolling around on the floor? The movements were inconsequential, valuable only for the awareness they generated. What had happened to the joy of learning, discovery and sheer physicality?

Becoming aware of how I’m writing reminds me of the ancient Chinese proverb: “Tension is who you think you should be. Relaxation is who you are.”  I wonder sometimes if I think I “should be” a writer, since my body frequently tenses while I write, even though I’m often filled with eagerness as I imagine, before I sit down, how I might express an idea or include a particular phrase. If I don’t write for a while, I feel amiss; to stop writing is not the answer. Perhaps my fear of what I think “being a writer” means, or concern about how my writing will be received, keeps me from relaxing my facial muscles and diaphragm as I type.

As I mentioned above, in Feldenkrais we often imagine the movement before actually doing it.  Occasionally, we’ll do a more complicated set of movements on one side of the body, rest, then simply imagine doing it on the other side. As unbelievable as it might seem, once we stand up, often the imagined movement has a similar if not the same effect on the body as the actual movement. A relaxed and focused mind, directing attention with subtlety and sensitivity, can help the nervous system transfer what it learned from one part of the body to another.

It would be convenient if imagining writing, which is usually pleasant and at times euphoric, produced the same result in my life as actually writing. Alas, an imaginary blog with invisible readers and comments likely wouldn’t be very satisfying. The words that shape themselves into sentences in my head want and need to be shared. I wonder if there is a way, using what I’ve learned so far in Feldenkrais, to bridge the gap between the expansiveness I feel when anticipating writing and the sense of contraction (also known as resistance) while in the midst of it. I suspect that resolving this conundrum will involve much doing and not doing, while remembering to smile. And breathe.

Interested in trying Feldenkrais at home? I’ve helped create the text for the Movement and Creativity Library, with 150+ lessons. Subscriptions are monthly. You can also support this blog, a labor of love! Join my e-mail list or contribute