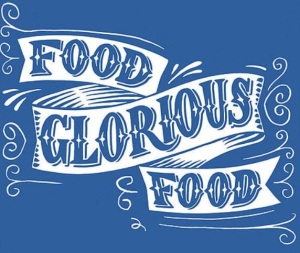 San Francisco, a foodie paradise, is the location of my Feldenkrais program. The training venue is sandwiched between two streets, Geary Boulevard and Clement Street, both chock full of food, mostly Russian grocery stores and bakeries, mom and pop fruit and vegetable markets, and a plethora of ethnic eateries (Chinese, Vietnamese, Korean, Japanese, Burmese and more), many of them offering tantalizingly inexpensive lunch deals and snacks. During this last training segment, the San Francisco housing goddesses shone upon me and I found a sublet in the Inner Sunset, around the corner from some of the city’s popular restaurants. All of this delights my inner foodie, who still thinks I’m 25 years old and can eat anything and everything with impunity, get up the next day and repeat.

In the relatively tranquil bubble of Boulder, CO, where temptation did not wink at me from shop windows or waft in the air unless I walked on certain streets, and where the level of health consciousness is almost as high as the Rocky Mountains, conditions were favorable for transitioning to a more nutritious diet: I gave up sugar, then gluten, and reintroduced protein to my diet. After having several months of healthy eating under my belt, I thought I’d be immune to temptation. When I came to San Francisco for the first time in January, my intentions to cook my own food unraveled in the midst of a crazy housing situation. In April, I again found myself lured by the prospect of lunch specials and exotic treats. This time, a day after arriving, I visited a farmers’ market and filled a large bag with organic fruits and vegetables. I shopped at Trader Joe’s and Whole Foods for other items. Each day, I packed salads and fruit to take to the training. At night, I went straight home and cooked a light dinner.

After about a week, however, my discipline began to dissolve. While I still packed my lunch, I began searching for restaurant deals online. Being in a relatively new place for a short time unleashes my à la carte appetite and my old self-image of someone who equates traveling with eating and eating well, and widely, with living. The avalanche of olfactory and visual stimulation, from sidewalk diners digging into heaping platters, to the coastal breeze floating sweet, savory and soy saucy messages directly to my salivary glands, to tempting menus slipped under the door, and even fellow students bringing goodies to the training, made me want to try EVERY. THING. Even the things I supposedly don’t eat anymore. Even the things that normally do not interest me, like Chinese food. It’s as if I’d become a ravenous Kafkaesque cockroach whose antennae waved wildly at all the food, food and more food, even though my body couldn’t handle the volume and variety that attracts me.

I’ve rationalized some of my lesser impulses, like having a spot of frozen yogurt more than once (“it’s just a small amount”) or returning (after eating there in January) to San Tung’s Chinese Restaurant for dry fried chicken wings, their sticky, scrumptious and famous dish that leaves me feeling sluggish. At a Russian grocery I had an inexplicable urge to peruse their frozen goods section where I found chocolate covered cheese cake bars (“Dadu”) that reminded me of a similar Hungarian treat, turo rudi. Overtaken by a wave of nostalgia, I checked the sugar content and it was low enough that I felt justified trying it. Except it was so delicious it sent a signal to my brain that, really, it was OK to have another the next day. Really, it wasn’t. Eating for optimal health still feels like walking a tightrope rather than a well worn path; if I lose my focus and balance I’m likely to fall into sugar addiction or gluttony, both of which take a toll on my energy and make it harder to get back on the high wire.

On Facebook, my friend Stephanie Wellen Levine and I compared San Francisco food notes. She’d been vacationing there with her parents around the time I arrived and mentioned that, while at the Japanese Tea Garden, some petit fours had called to her. But, due to parental interference, she had refrained, saving her appetite for dinner.

“Maybe they would have been the most amazing thing ever,” she wrote.

“They could have just as easily been meh,” I replied. I mentioned that, last year, before going gluten free, I had tried a fish-shaped, bean paste filled waffle at the same place.

“If you say it was mind-blowing I think I’ll explode, even though I’ll be very happy for you,” she replied. I reassured her that, while the treat looked adorable, bean paste was never, ever mind-blowing. Yet, at the time, I secretly hoped that, perhaps this one time, bean paste would blow my mind.

It’s wonderful to be a curious connoisseur and culinary adventurer. But my Feldenkrais practice has yet to transform my compulsive habit of imagining that the foods I see might be amazing and I’ll miss mind-blowing nirvana if I refrain. Sometimes the memory of what I did not order or buy, or envy at another’s meal, eclipses whatever it was I ate; I remain unfulfilled, even if my belly is full. Longing for food that soothes my soul, elevates or enlivens my experience or tantalizes my tastebuds is, at heart, the culinary version of melancholy. To be longing for anything is one way, even if very subtle, of not belonging or accepting what is. The Buddhists would say it’s a hungry ghost that is constantly seeking satisfaction yet rarely experiences it. Attempting to satisfy such longings is the stuff of quests. After being tempted by a Feldenkrais classmate’s onigiri, seaweed wrapped triangular rice balls that I first ate in Tokyo years ago, I boarded a bus to Japan Town to buy some. I found several varieties in a bustling supermarket; to my credit, I purchased one flavor, not three, but the one I bought didn’t spark joy. Oy!

As far as I know, there are two ways around this first world foodie suffering: eating a little of everything to make sure one does not miss out, or practicing gratitude for whatever one happens to be eating, no matter how mundane. Since I can no longer attempt to do the former, I’ve been redoubling my efforts on the latter. To truly feel gratitude is hard enough even in controlled circumstances, such as on a meditation retreat; when choice abounds and temptations are rife, gratitude is no small spiritual task. After my training ended, I rented a car to escape the sights and scents that kept calling, cooing and singing my name. One day I packed some rice crackers, salmon salad and a fresh heirloom tomato and drove to San Bruno Mountain in the south of the city. After hiking around the top, I sat on a bench overlooking the San Francisco skyline and took out my lunch. As a gentle wind blew across my face, I bit into the tomato. Firm but also fleshy, it tasted of sun and soil and rain. A zing of delight shot through my mouth and down my spine, an experience I keep expecting from sushi and other delicacies; rarely do they deliver. The tomato, delicious and satisfying, didn’t leave me longing for another. In that moment, gratitude felt like a piece of cake.

Writer, Feldenkrais champion, Aikidoka and explorer of internal and external landscapes.
View all posts by ilona fried »
« I Write. God Laughs.
Feldenkrais and Prufrock: On Reversing and Disturbing »

6 thoughts on “Feldenkrais and Food: When Old Habits Die Hard”